The Manufacture of Cordyceps Sinensis 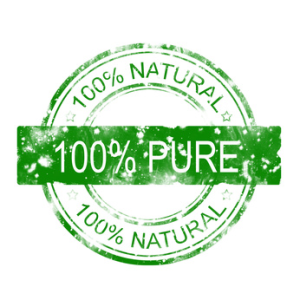 Known in China for centuries for its medicinal effects on the human body, Cordyceps sinensis has gained a reputation among those practicing alternative medicine as a “miracle drug.”  The wide range of ailments that can be treated by Cordyceps is truly amazing, with current scientific investigations proving the healing powers attributed to this supplement.


Cordyceps sinensis is closely related to mushrooms and can be classified as an Asomycetes fungus.   The name Cordyceps comes from the Latin words cord and ceps, meaning “club” and “head,” or more commonly known as a club fungus.  Although Cordyceps is technically not a mushroom it has been known as such for centuries.  In less modern times, the gathering of Cordyceps for medicinal processing took place from the carcasses of insect larvae, typically from caterpillars, but other insects are also known to be hosts for Cordyceps.

However, finding the Cordyceps “mushrooms” to cultivate for medicinal use was a rare occurrence.  Because of that rareness, different methods were conceived of to reproduce this mushroom in a laboratory setting.  In modern times, it is no longer necessary to grow the mushroom on caterpillars or other insects:  substances made of wheat or rye are now used as hosts.

Cordyceps does not contain chemical properties of the host and therefore also remains gluten free.  Grown under highly-controlled conditions for up to 6 months, the Cordyceps product is nurtured in special low-oxygen grow rooms with low temperatures.  Once the mushrooms have grown to a sufficient size, they are dried with low-temperature air dryers that were designed to leave the Cordyceps’ bio-active components in place.

To produce Cordyceps extract, the powdered mycelium is extracted from the dried mushroom.  Once the extraction process has been completed, the extract is put into capsule form and is ready to go to market for the health supplement industry.

Due to the nature of most extracts, Cordyceps extract contains a higher concentration of the medicinal properties known to be of benefit in Cordyceps than the powder itself will contain.  But all extracts are not created equal – be sure to know the active elements in a particular brand of Cordyceps to ensure those elements are at adequate levels for healing.

Some of the nutritional elements to look for include vitamins, minerals, amino acids, enzymes, polysaccharides, essential fatty acids and other active chemical elements.  Polysaccharides, located inside the Cordyceps mushroom’s cell walls, are especially known for their immune-supporting properties.

Because Cordyceps sinensis is a natural product, most patients exhibit absolutely no side effects from its use.  Traditional Chinese Medicine (TCM) has long featured the use of Cordyceps as a natural cure and today’s alternative health practitioners are finding the same holds true with many of the illnesses most common in our current world.